Warne Worn tells the story of how the Baggy Green cap – cricket’s enduring symbol of the Australian spirit – became a rallying point for the country’s response to the devastating ‘Black Summer’ bushfires of 2019/20.

Amidst an international wave of solidarity and generosity, Australian cricket great Shane Warne’s treasured Baggy Green raised over one million dollars at auction. The tale behind its donation is revealed in Warne Worn, along with reflections on the leg-spinner’s decorated and eventful Test career in images and anecdotes. The book then traces the cap’s nation-wide fundraising tour en route to its permanent home at the Bradman Museum in Bowral.

There, Warne’s cap No. 350 sits amongst the Baggy Greens of 21 other men and women who have represented Australia at the highest level – including Sir Donald Bradman, Mark Taylor and Belinda Clark. Warne Worn presents the evolution of the cap through the generations, and recognises the careers of the players who have shared their Baggy Greens for our enjoyment. 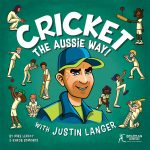 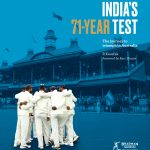 India’s 71-Year Test: The Journey to Triumph in AustraliaSports